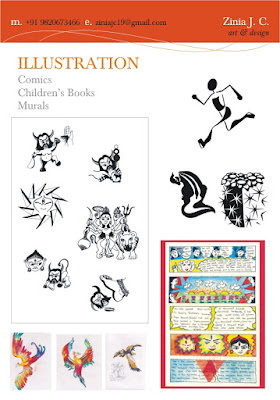 An illustration is a visualization such as a drawing, painting, photograph or other work of art that stresses subject more than form. The aim of an illustration is to elucidate or decorate textual information (such as a story, poem or newspaper article) by providing a visual representation. Today, there is a growing interest in collecting and admiring original artwork that was used as illustrations in books, magazines, posters, etc. Various museum exhibitions, magazines and art galleries have devoted space to the illustrators of the past.
In the visual art world, illustrators have sometimes been considered less important in comparison with fine artists and graphic designers. But as the result of computer game and comic industry growth, illustrations are becoming valued as popular and profitable art works that can acquire a wider market than the other two, especially in Korea, Japan, Hong Kong and USA.
Labels: comicc, drawing, illustration, painting, photograph, visualization
Newer Post Older Post Home